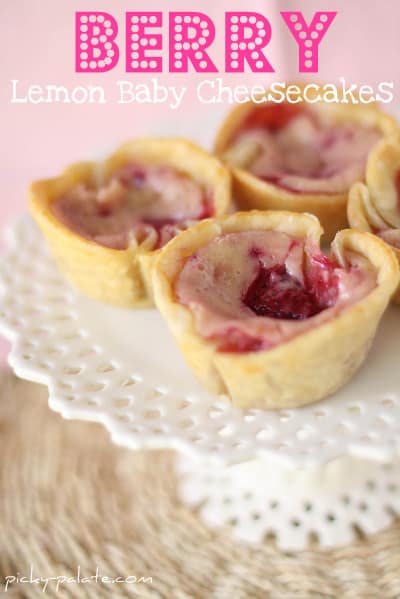 Wahoo it’s Thursday! We are probably on the road back home as you read this yummy little post 🙂  Great times in AZ, but bring me my beach weather back!!

Picked up some beautiful red and golden raspberries at the farmers market before we went out of town. They are fabulous in my little lemon baby cheesecake pies. I love everything about this recipe. No need to wait all day for your cheesecake to cool, after about 15 minutes these are ready to gobble up! Not to mention they look absolutely adorable too 🙂

Hope you enjoy this summer dessert, we sure did! 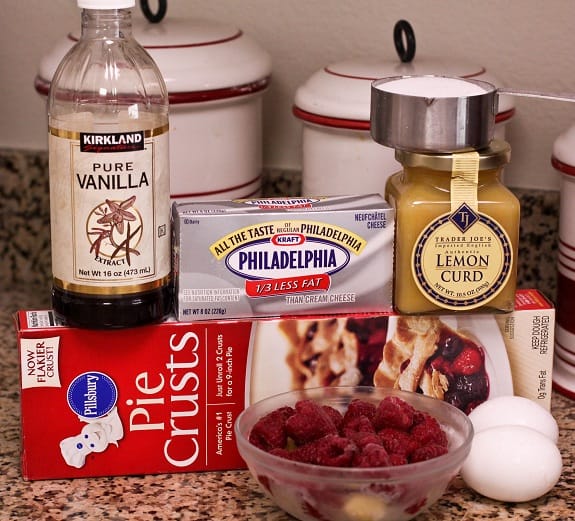 Here’s your line up 🙂 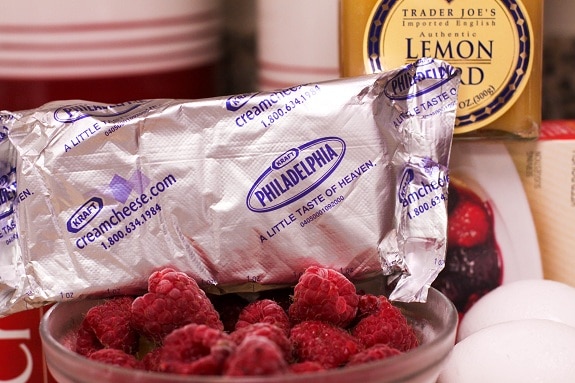 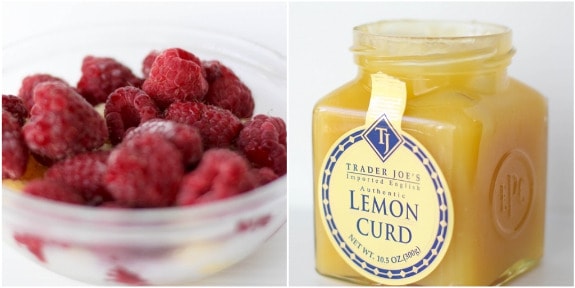 Have you tried lemon curd before? It is delicious even by itself. Found this cute jar at Trader Joes, but you can purchase it about anywhere….or make your own 🙂 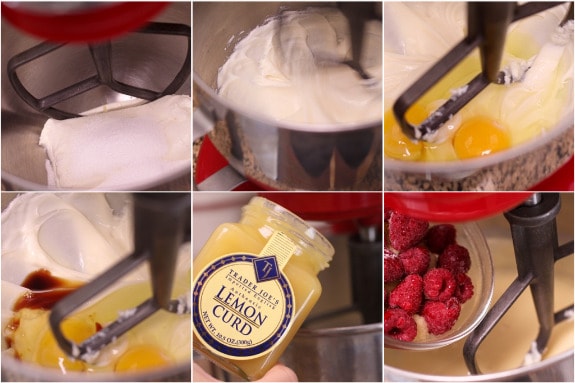 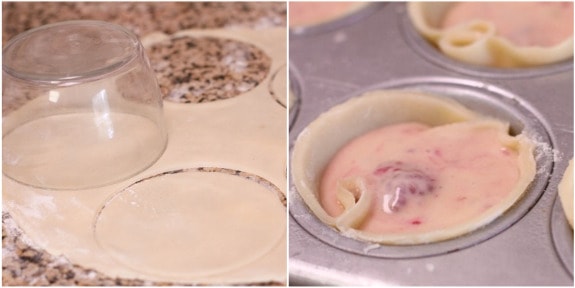 I used a glass bowl to cut out 4 1/2 inch circles for the pies. Use what you’ve got around the house. 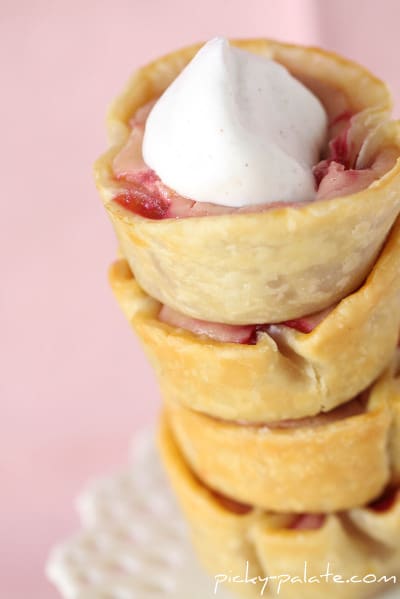 I added some fresh cinnamon spiced whipped cream….I would definitely add this. 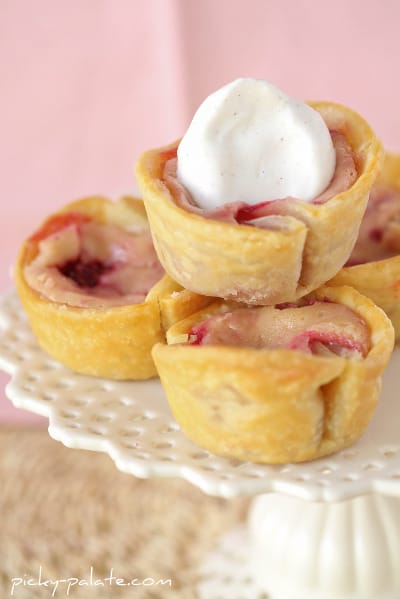 1. Preheat oven to 350 degrees F. In a stand or electric mixer, beat the cream cheese and sugar until smooth and creamy. Beat in eggs and vanilla until well combined, scraping sides as needed. Beat in lemon curd until combined then gently stir in berries until just combined.

2. Cut 4 1/2 inch rounds out of the pie crust, re-rolling scraps. I was able to get 14 rounds out of both crusts. Gently press into 14 traditional size muffin tin cups then fill each crust with about 1/4 cup of cheesecake batter. Brush crust with egg white wash then bake for 30-35 minutes or until cheesecake is set and crust is golden. Let cool for 15 minutes before removing from cups. Refrigerate or serve room temperature. Beat heavy cream, powdered sugar and cinnamon until stiff. Serve cheesecake pies with fresh whipped cream or vanilla ice cream if desired 🙂

Have a great rest of your week and weekend, see you soon! 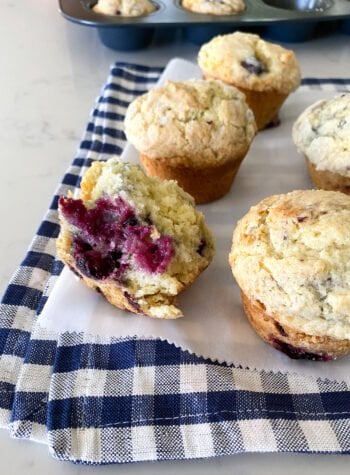 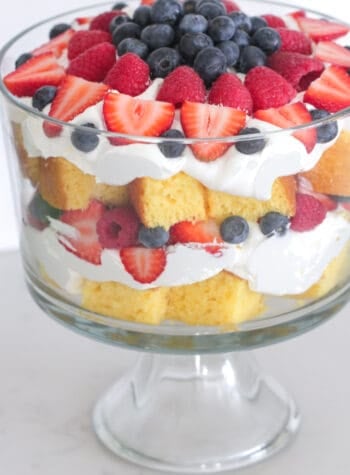 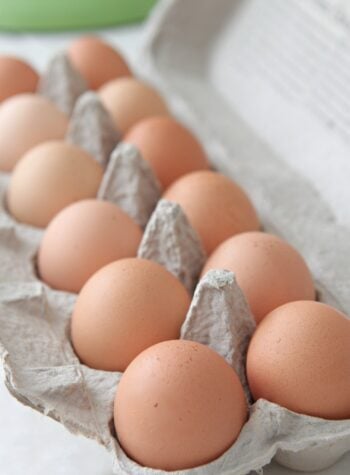 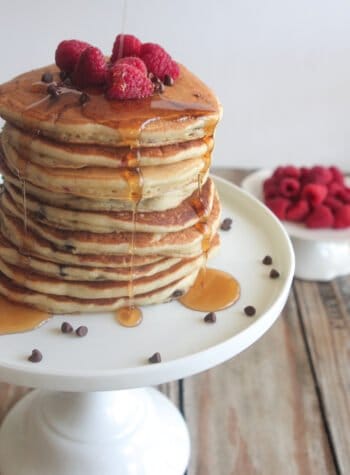