Hope everyone had a nice weekend, here it is already Sunday night. This is the last week of school too, yikes summer is here!

It’s funny, I kind of forgot about the BBQ ranch chicken salad. I remember making it all the time a few years ago and even won a prize with a this combo as a pizza back in 04, then time passed and I was on to making other things.

However, Friday night I became a huge fan all over again! Our night started at the movies where we saw the comic book move, Ironman, it was pretty entertaining. The guys really liked it. It kept my interest.

After the movie we went to Paradise bakery for dinner. After contemplating on what to order, I decided last minute to get the BBQ Ranch chicken salad, with a sammy, of course. I am so glad I ordered that salad! It was so good that I had to go make my own version the next day. I had all of the ingredients on hand, so it came together quickly. I forgot how much I love the flavor combo of ranch and BBQ sauce, Yum! So, re-live the past, you certainly won’t be disappointed in this salad.

While I was trying to take pics of my salad, my little guy was patiently waiting to dig in as soon as I was done. I don’t know of many 3 year olds who like salad, but mine does. I had to get these pics of him getting as close as he could to my bowl! Little goof!

Trying to go in for the kill, but licks the fork!

1. Place lettuce into a salad bowl. Layer with corn, black beans and tomatoes. Dice cooked chicken breast and mix with BBQ sauce. Top over salad and sprinkle with mozzarella cheese.

2. Place ranch dressing and cilantro leaves into a small bowl to combine. Drizzle over salad and serve.

**This recipe is for 1 large serving, double accordingly** 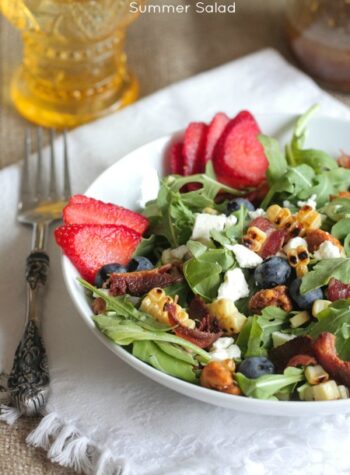 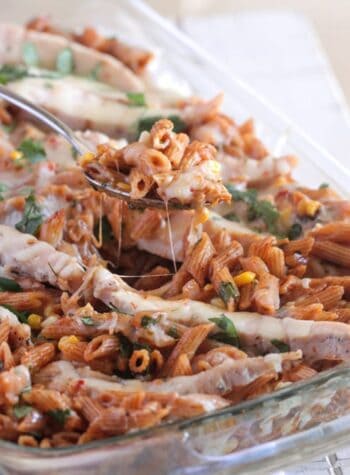 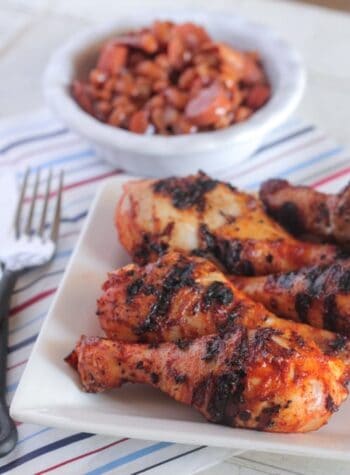 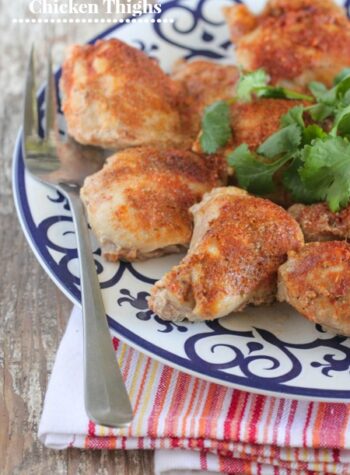 Welcome to my online kitchen! You'll usually find me with a cookie in one hand & a salad in the other. It's all about the balance :) The recipes you'll see are my creations. Enjoy!