These Cinnamon Roll Bubble Bites make the perfect sweet treat for your family and friends! A fun twist on cinnamon rolls, these fluffy bites couldn’t be more delicious. 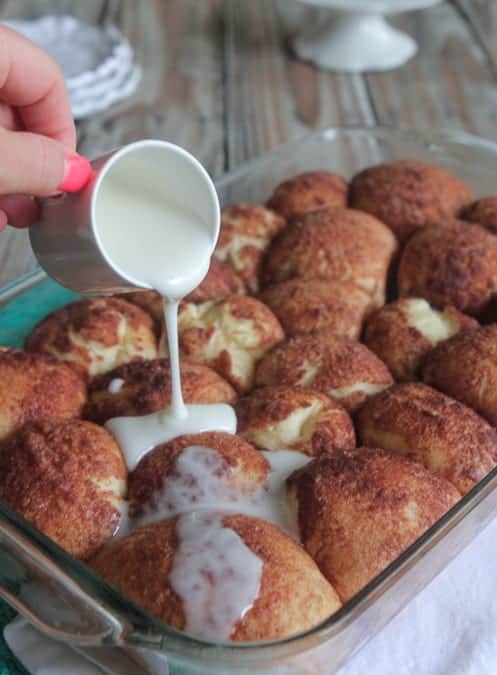 You are in for such a treat with these Cinnamon Roll Bubble Bites! It’s hard to beat a really good, reliable homemade dough when baking sweet recipes.

There’s really nothing like it.It’s always a pleasure partnering with Fleischmann’s® Yeast to bring you new delicious recipes! I was inspired by Fleischmann’s Berry Pull Apart Bread Recipe and decided to make little cinnamon roll bubble bites with a sweet icing. Wait until you try these!! 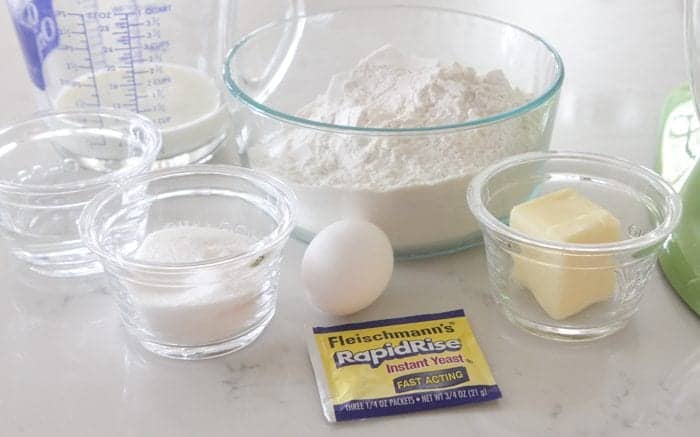 If you haven’t tried yeast-based recipes before when baking, don’t be intimated, it’s actually quite simple and fun. I love Fleischmann’s® RapidRise™ Instant Yeast because it is so versatile and can be used in both every day and seasonal recipes. I love that you can get your baking done a bit faster with RapidRise™ too. 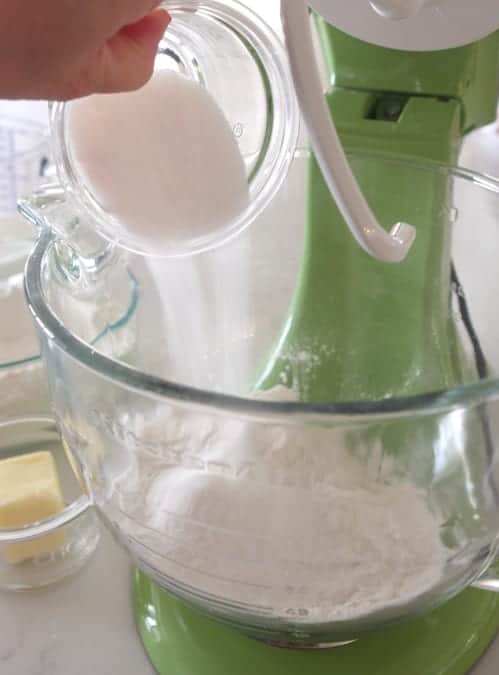 You’ll start by adding your flour, sugar and salt to your mixing bowl with a dough hood attached. 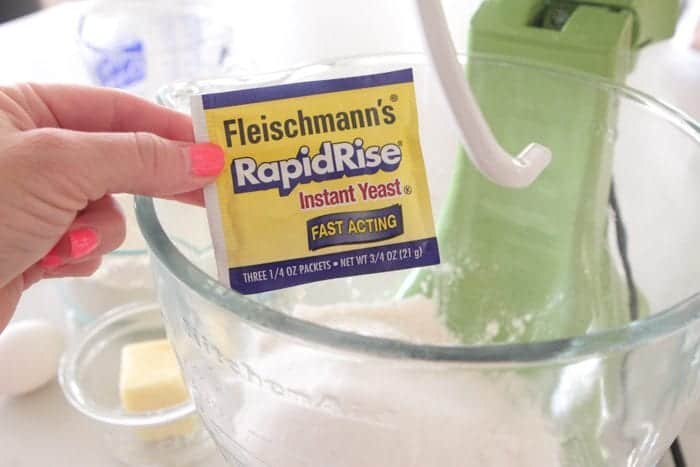 Add your Fleischmann’s® RapidRise™ Yeast to the bowl as well. 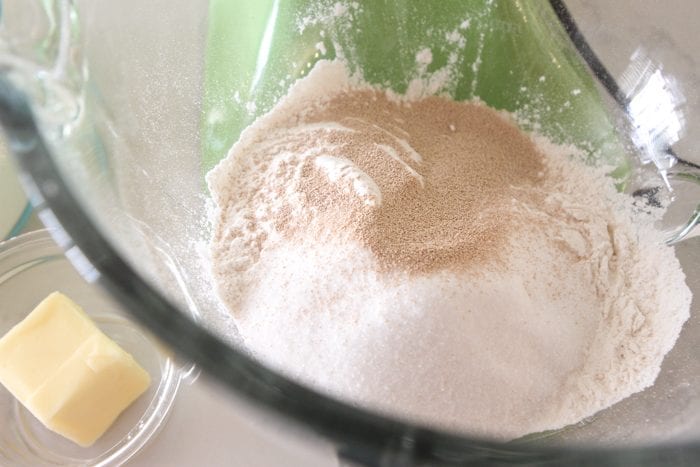 Give this a good stir to combine. 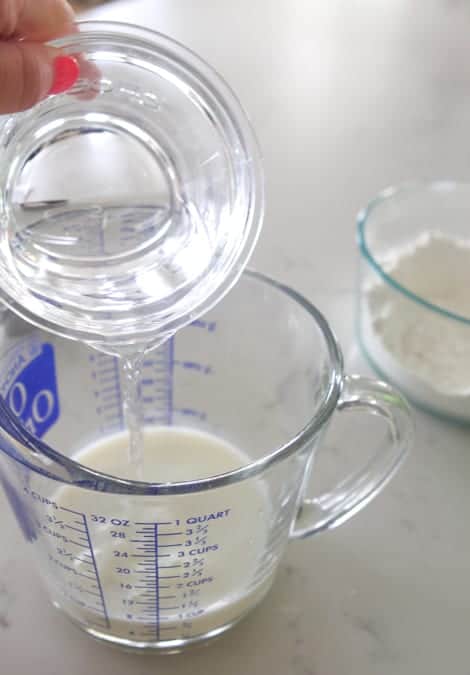 Add your water and milk to a large glass-measuring cup. 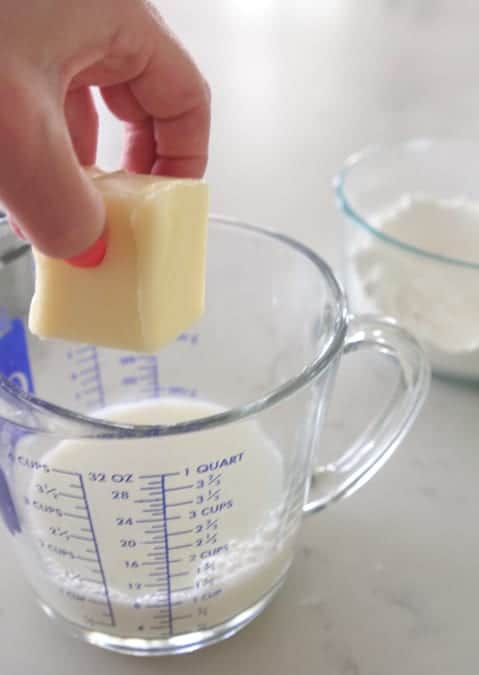 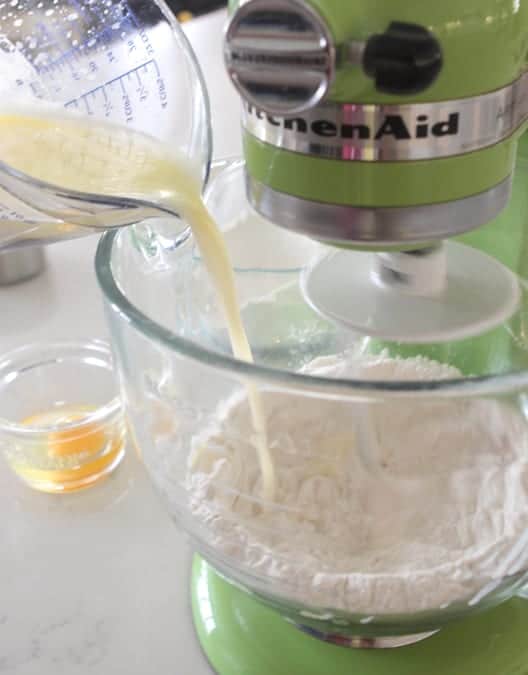 When melted, slowly add to dry ingredients. Scraping sides of bowl with a rubber spatula. 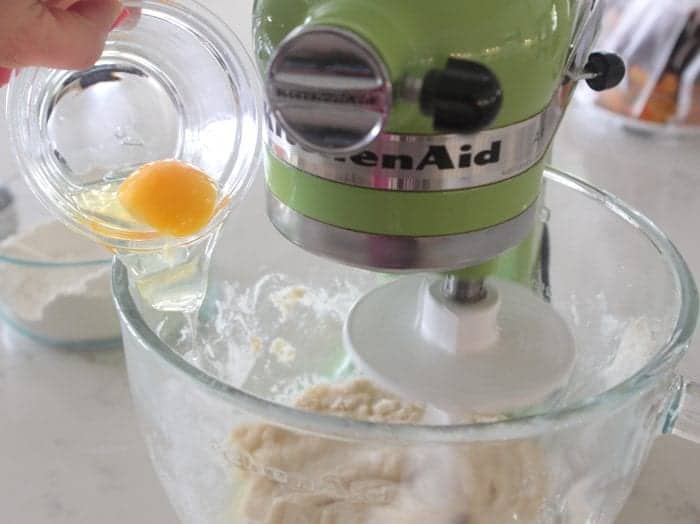 Add the egg. Slowly add the rest of your flour until dough forms and is not sticking to sides of bowl. Knead for 6 minutes on low speed. 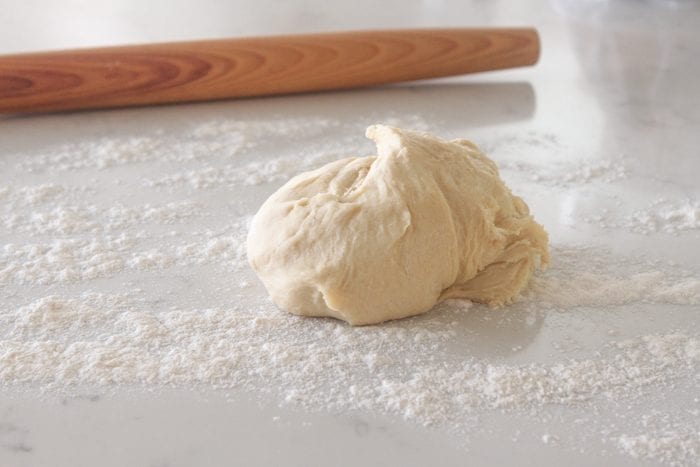 Roll dough, about 1/4 inch in thickness. 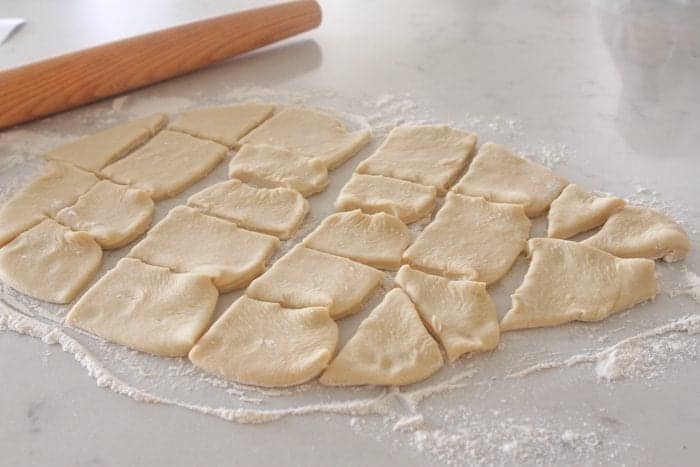 Cut dough into 20-24 pieces. Does not have to be perfect, just about the same size. 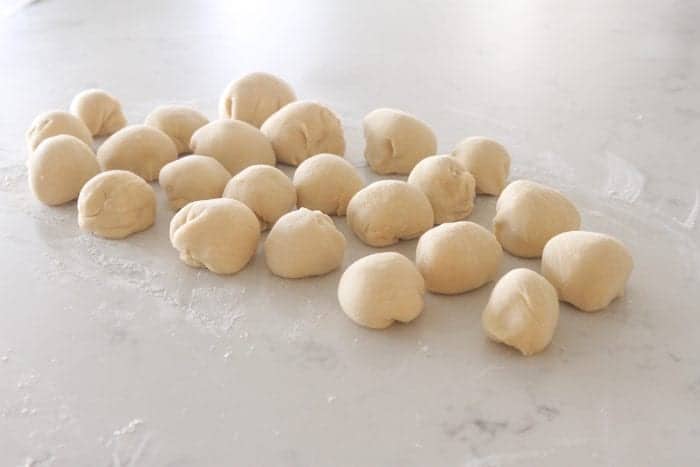 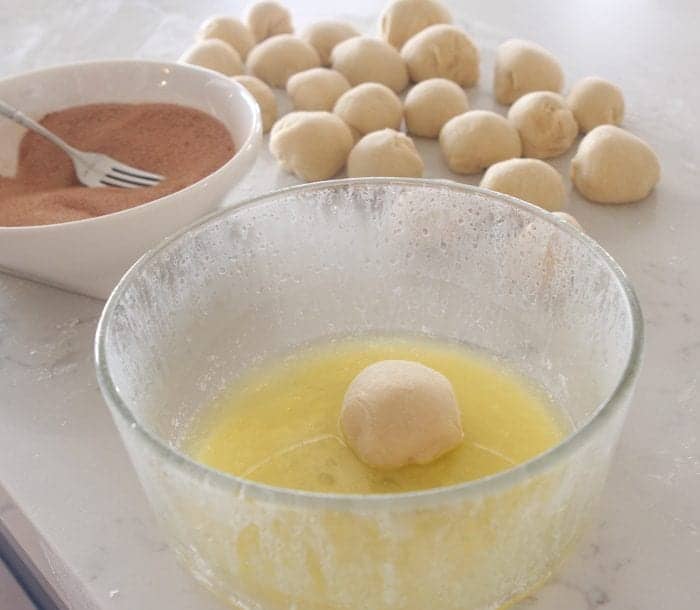 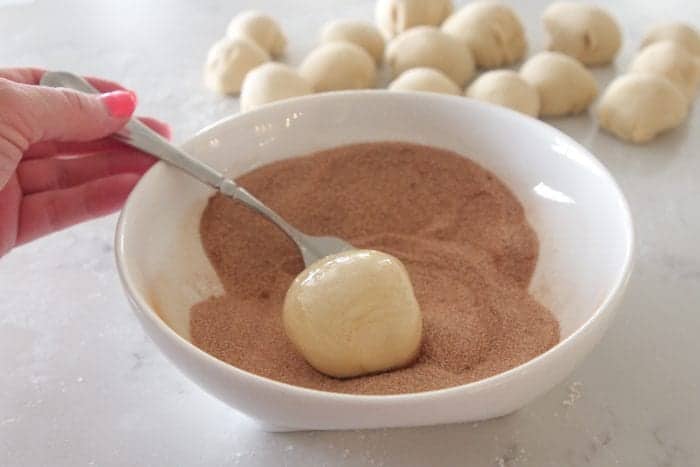 Roll into cinnamon and sugar mixture. 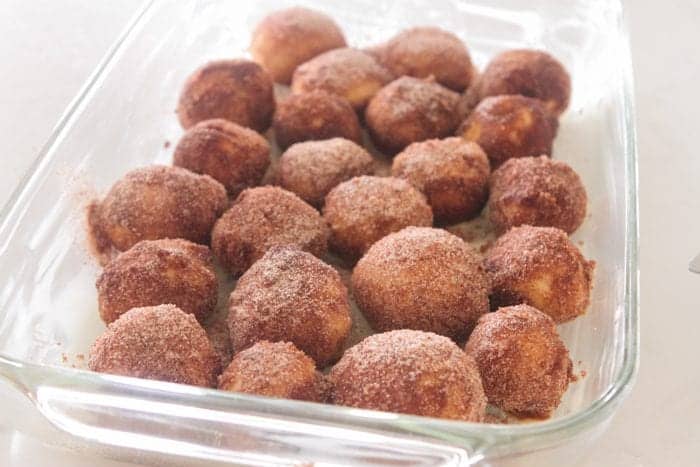 Transfer coated dough balls into a buttered 9 x 13-inch baking dish. Place into a warm oven for 15 minutes, until nearly doubled. Preheat oven to 350 degrees F. and bake for 20-22 minutes, until baked through. 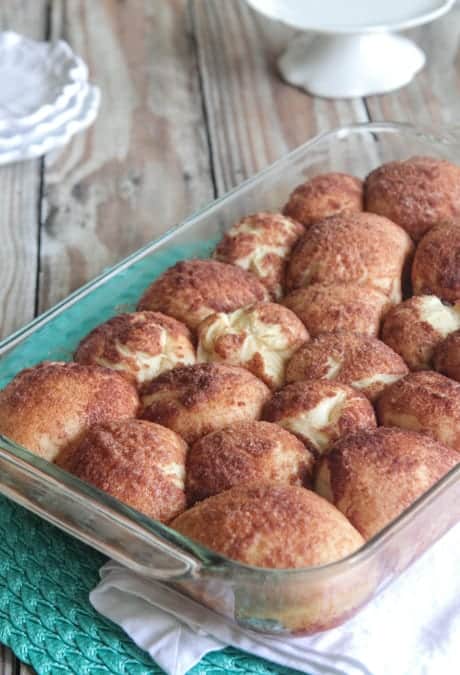 Drizzle The Cinnamon Rolls With Icing! 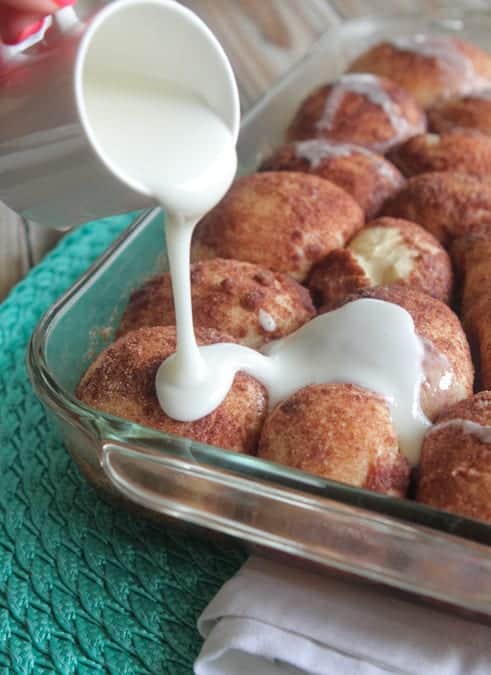 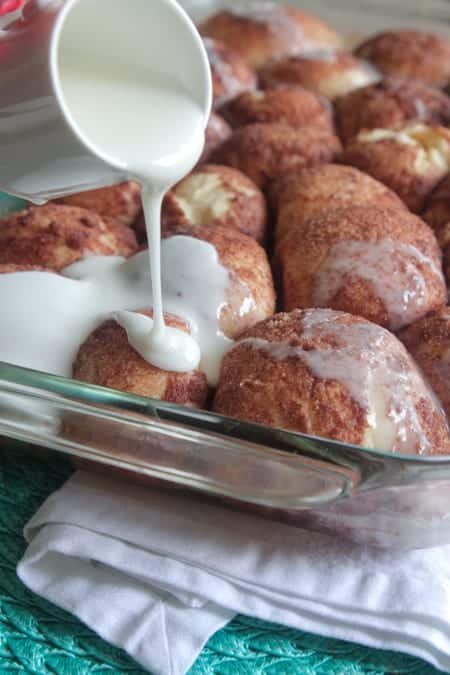 Prepare to be so happy! 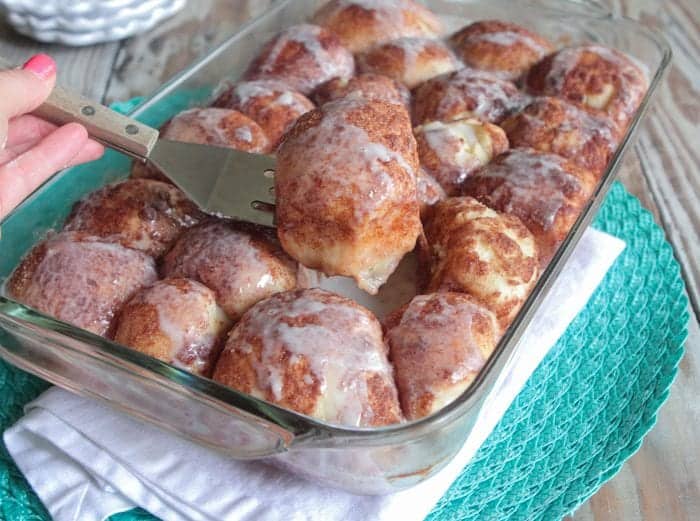 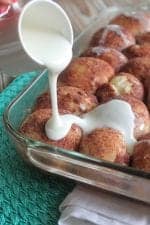 Disclaimer: This post is in partnership with Fleischmann’s® Yeast. All thoughts and opinions are 100% my own. Thank you for supporting the brands that make Picky Palate possible. 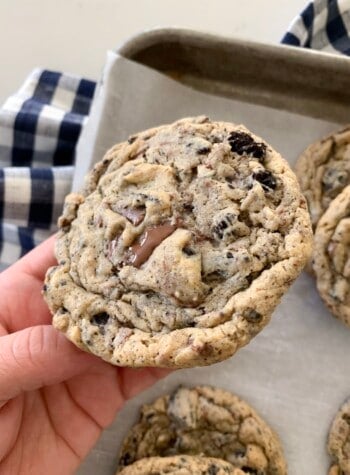 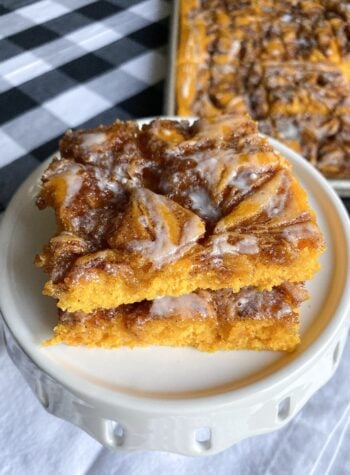 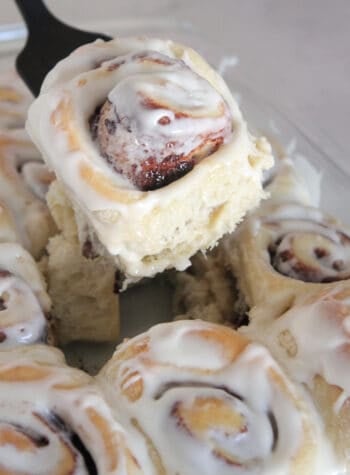 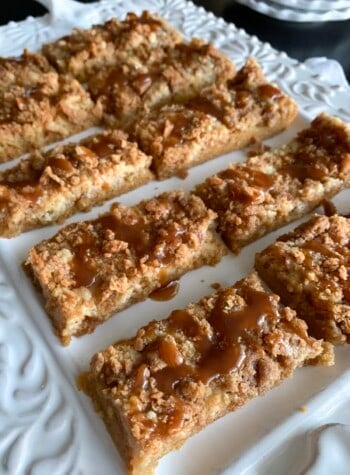