Sharing our Nutribullet Review today!  The As Seen on TV Nutribullet. Is it worth the money? Does it extract nutrition as it claims? I finally put this guy to the test after purchasing it a couple of months ago. Let’s see what I came up with. 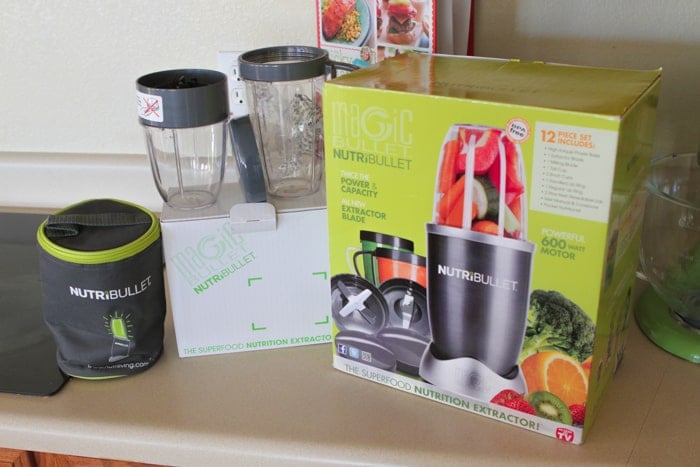 NUTRIBULLET, 600 watt motor:  So, the cost of this, though, I’d rather skip this subject as I paid more than I should have, in total was $169.66. Yes, it adds up fast from a $119 starting point. And yes, you can buy it cheaper from Target, Amazon, or other retailers for around $99. Also, Target sold a bigger bag to take your nutriblasts on the road–which I probably hit the “no” button when NutriBullet sold me the accessories. Here’s what I paid for mine directly from NutriBullet’s website:

See our After Workout Protein Shake using the NutriBullet too! Follow Picky Palate on Instagram for daily recipe inspiration. 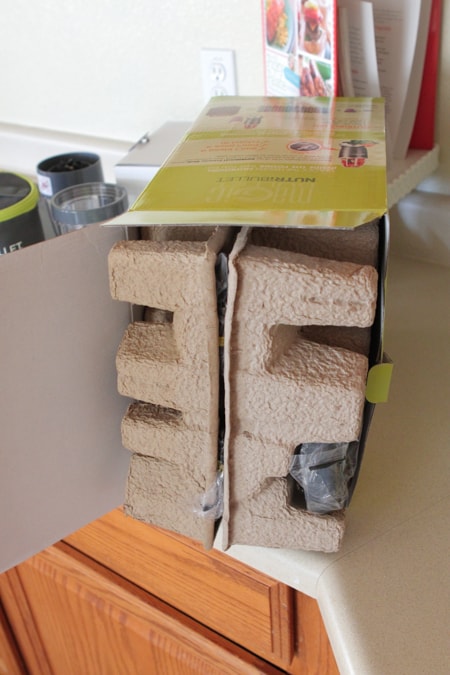 It was quite easy to remove the bullet from the box of which was packed well. 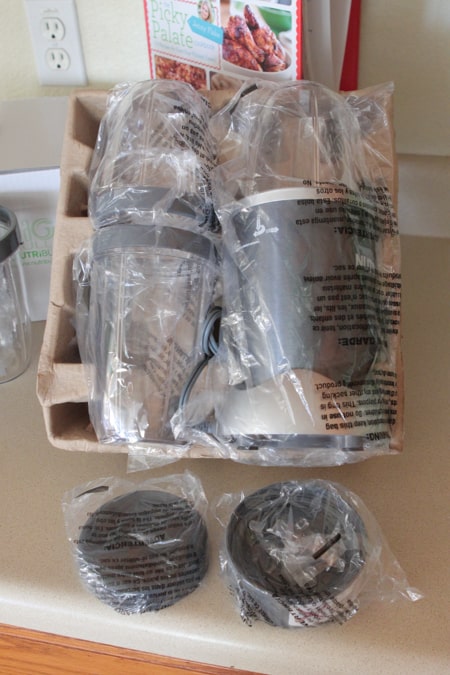 It comes with a couple of blades and cups. 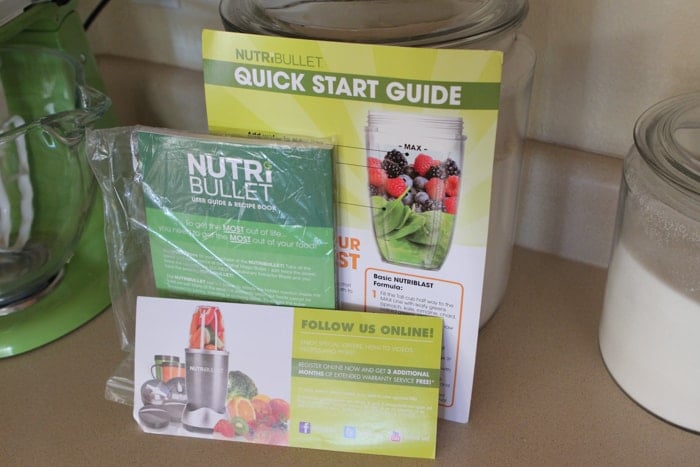 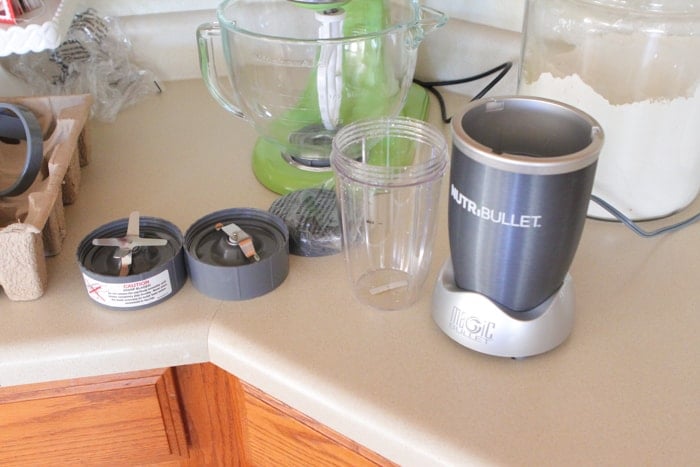 The NutriBullet is nice and compact looking. Sleek and slender. It’s small. Very small. The big popular blenders on the block deal with watts in the +1000 range. This guy works at 600. That’s probably the reason there is now a NutriBullet Pro 900 [watts]. Take a look at their blog here. Although I have not tested the 900, it looks like the biggest drawbacks are for the lack of milling blade for the new version. People like using the milling blade to grind seeds. If you dislike seedy drinks, the milling blade is important. I made a cucumber, cantaloupe, blackberry, and grape juice, or I should say smoothie–I’m not quite sure what to call it–and the blackberry seeds were pretty much untouched. No nutrition extraction here. So, if you don’t mind added steps, throw in the milling blade for any of the seeds first, then add the other ingredients with the extraction blade (see pictured blades below).

How To Use The NutriBullet 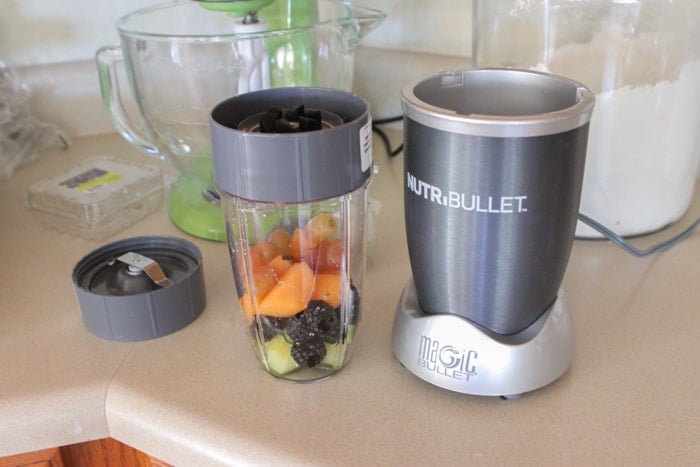 I do like how the cup you extract with is the same cup you drink from. Saves slightly on the dishes front. Simply screw on the blade…… 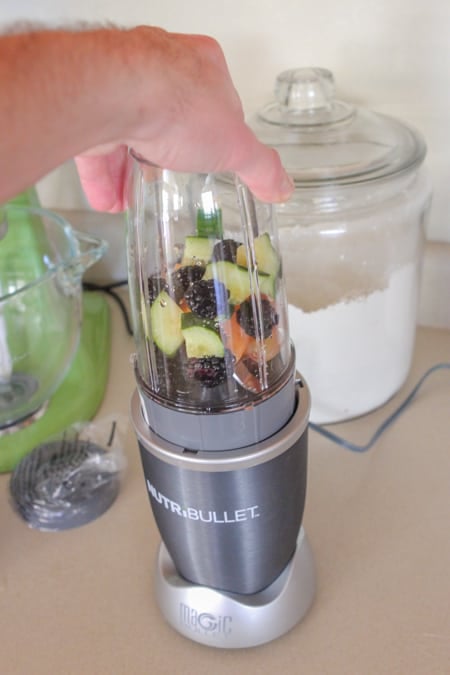 Flip over, match the tabs into the notches, push down and twist. 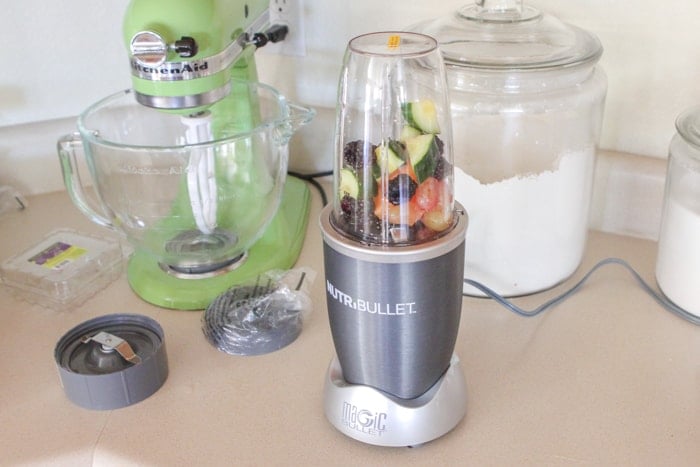 One advantage of the NutriBullet over the bigger blenders is that it’s so un-intimidating to pull out of the cabinet that I find myself blending more often. Yes, laziness gets in the way of blending for me. 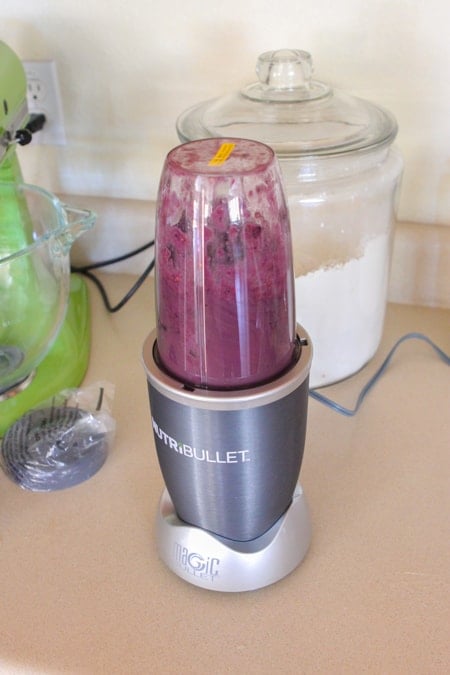 With only 600 watts, this machine is not that loud. Much quieter than the Blendtec we normally use. But, yet not as powerful either. 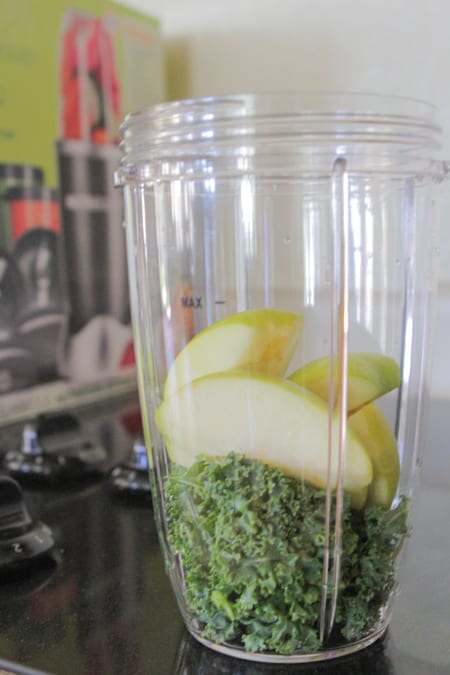 Other than the weak motor, my biggest gripe about the NutriBullet is how small it is. Many of you may know, Jenny and I have 3 children. Although it’s a battle to get them to drink “dad’s drinks”, I like to make plenty of juice for days ahead. The NutriBullet is really a personal extractor. As shown above, I have 1 cup of kale and 1 apple, and I’m nearly to the max line. 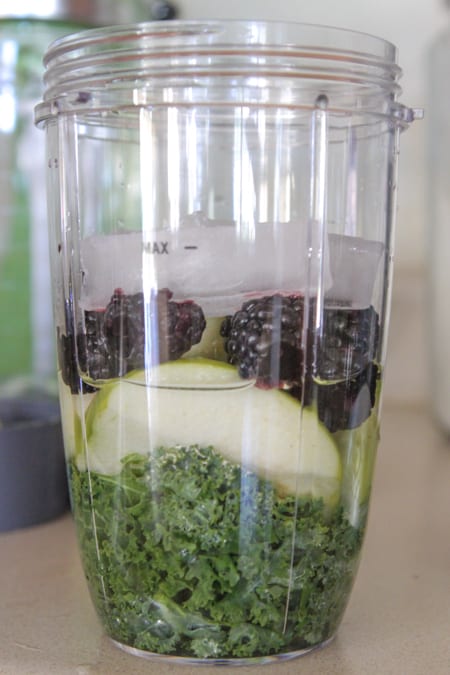 While the “max line” is for the maximum amount of liquid, you can see after kale, 1 apple, some blackberries and ice, the cup is just about full. To get more of a juice consistency, fill the cup to the max line with your liquid of choice. This personal blend made 2 cups of extracted nutrition for me.

If you don’t mind buying the Deluxe upgrade kit, you can prepare three or so cups of the same drink, one by one, make the juice in an assembly line kind of way. And by the way, the crew at NutriBullet refer to juicing as nutrition extraction, so you’ll read me interchanging these terms in this review. 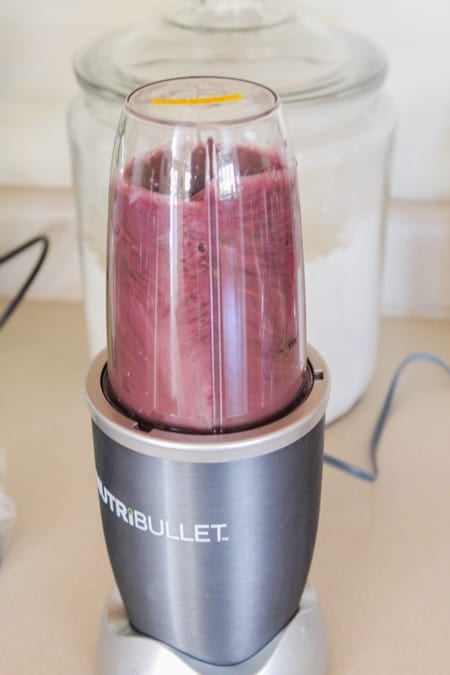 Nice quiet motor, however the consistency of the fruit and veggies is not as cut down as in the Blendtec or Vitamix. 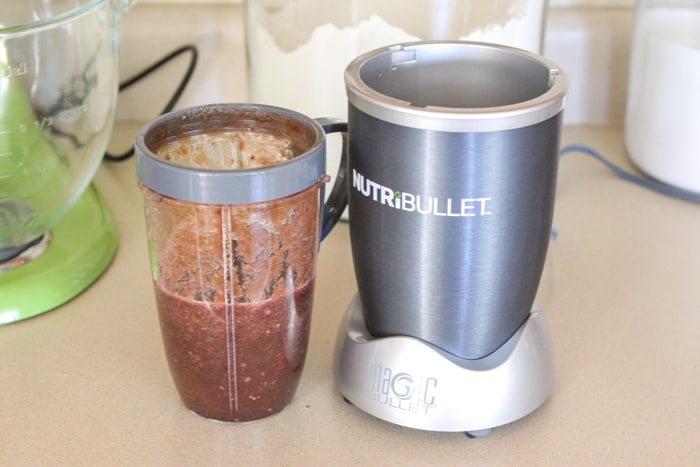 Let the Bullet run for a time to get the contents extracted as best as possible. 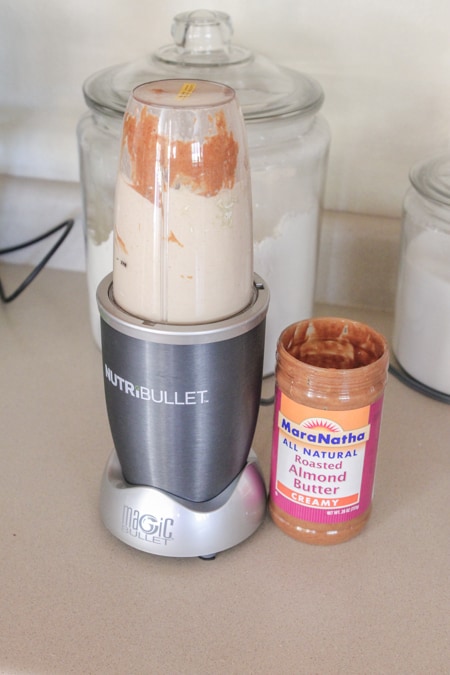 Here’s one of my favorite after work out drinks. It uses almond or peanut butter, almond milk and other goodies. We’ll have the recipe on the site later. Big problem #3-The almond butter sticks to the bottom–when you’re filling the cup–however, now the top when you are mixing the drink, as you flip it over. There is a way to kind of fix this though…..add your peanut butter at the end so it sinks into the milk. 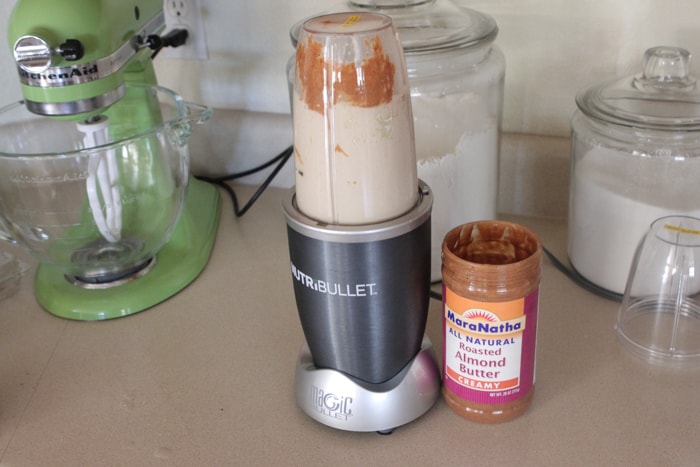 This is showing the stuck almond butter. Sometimes a manual shake of the cup can also clean the sides so all the ingredients get incorporated.

How To Use The NutriBullet 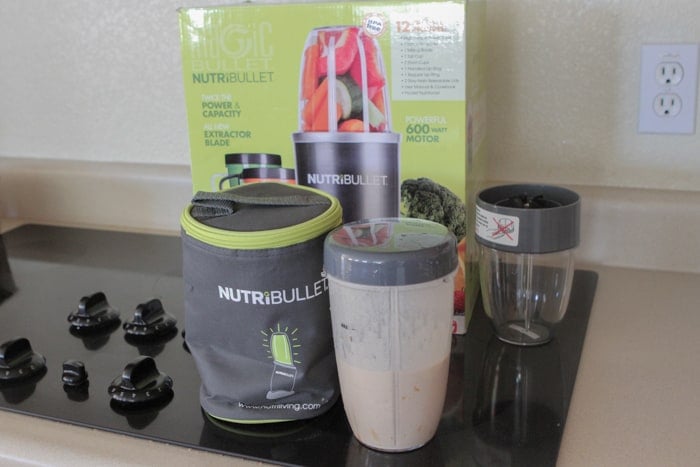 Above you see the insulator bag, or Blast Off Bag. When we lived in oh-so-fun California, I took this bag to the beach with a veggie/fruit juice that I made. I had it ocean side from 11am to 3:30pm. At 1pm I drank it, and it was cold enough to drink. I’d say it did it’s job, but don’t think it will hold up in the now-AZ sun for long.

I’m nitpicking here, but another problem I have is the lid set up that you see pictured above. I constantly shake by drinks so the ingredients don’t separate and the design of their lid makes it easy to spill on your shirt as I did the other night. They need a lid design more like a protein shaker cup. The problem lies when you unscrew the lid there is drink stick in the underside of the lid that spills out on your body. I pay attention to detail and this is one detail they missed. 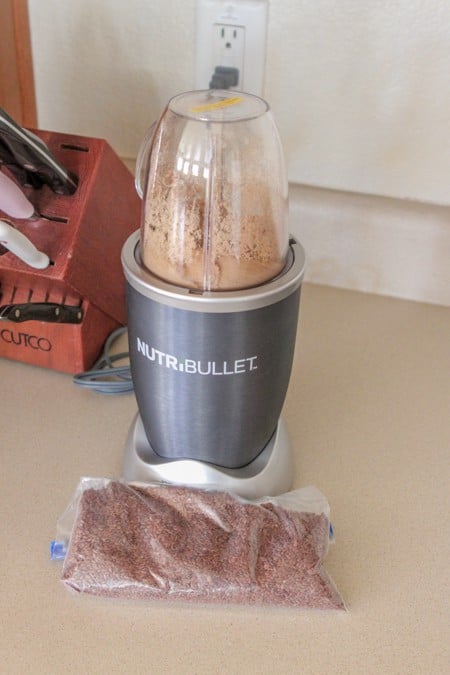 Here is a bag of flax seeds that I milled with the milling blade. I’ve been using this ground flax seed in just about anything I can think of. 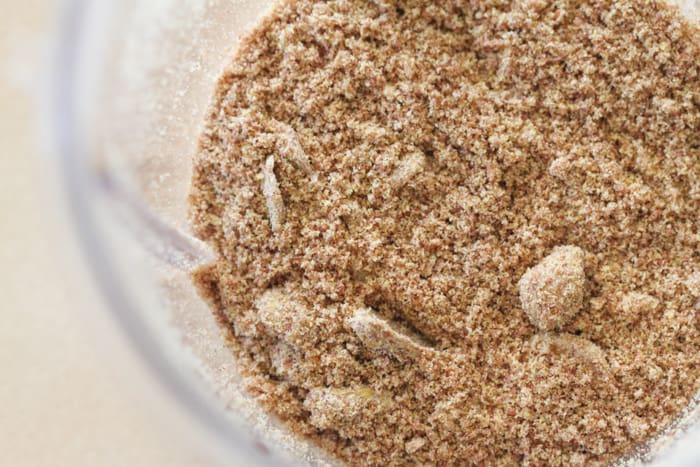 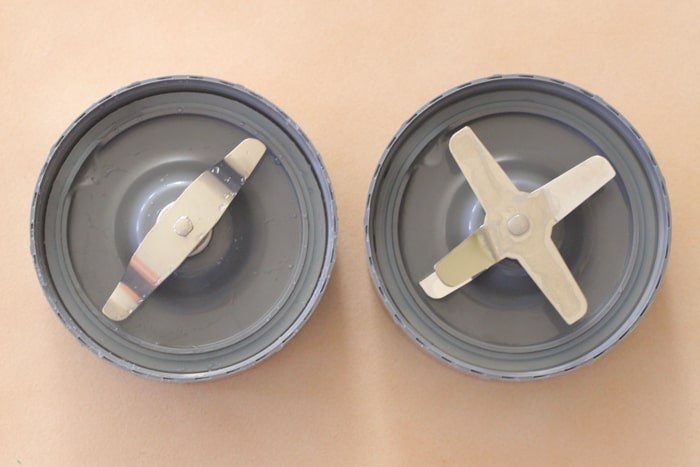 On the left is the milling blade, and on the right is the extracting blade.

Final Thoughts on the NutriBullet

CONCLUSION:  I’ve been using the NutriBullet for a couple of months now. I’ve mostly been making a vegetable drink–recipe to come soon–in it and the best part is how simple it is to take out of the cabinet and use. The price is less than compared to other blenders but there are limitations. I consider this a personal blender. If you buy the extra cups that helps if you’re a daily juice extractor technician so you’re not rushing to clean a dirty cup when you want juice now. And don’t plan on making a big portion to refrigerate for later as I do with my Blendtec. For me, this personal blender is worth it at the $100 price area but not the $169 that I paid.

CONCERNING CLEANING:  Yes it is easy to clean but they could improve the cleaning process by removing the 4 internal ridges of the cup. These ridges create space for ingredients to stick to. It was quite annoying to spend the extra time removing almond butter.

CONCERNING THE POWER:  Yes, it seems under powered, but it is a small blender. Carrots and nuts were generally demolished if I ran it for some time–it did the job for me. Little seeds could use a spin in the milling blade first.

NEEDS IMPROVEMENT:  1) Remove 4 ridges on interior of the cups,   2) More power,   3) Have an option for an even bigger cup,   4) Have a lid and handle option in the same component. Currently, there’s a lid and a separate handle with drinking rim; it basically covers the screw ridges on the cup. I found if I used the handle I needed a lid so I can shake the ingredients once they separate. The lid and handle won’t work at the same time. 5) Redesign the lid so you don’t wear part of the drink as you unscrew it or screw it back on.

WHAT WORKED:   Ease of use,   Easy to clean but needs improvement,   Low cost,   Personal blender,   The cup you blend in is the cup you drink from,   Removes the “laziness” excuse of getting the blender out,   Quiet

WHAT DIDN’T WORK:  Too small,   Not powerful enough,   See Needs Improvement above. 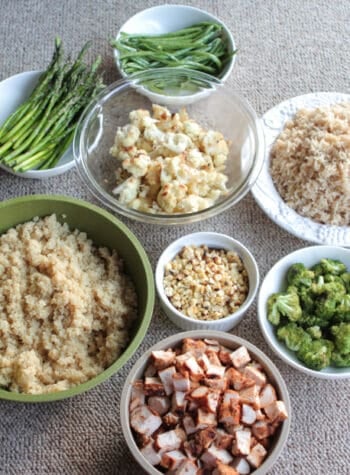 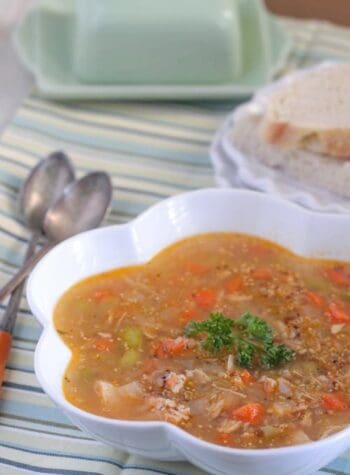 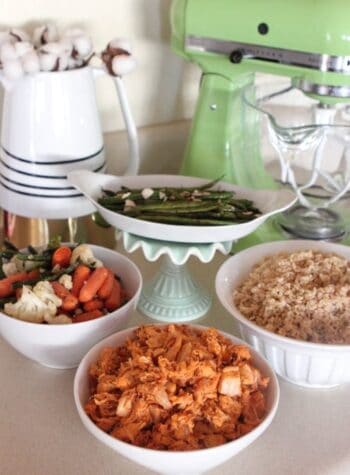 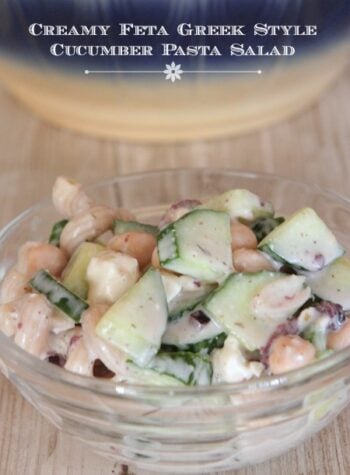