The new land, Avenger’s Campus, previously knows as Bugs Land at Disney California Adventure Park opens to the public June 4, 2021. In a fully immersive land that’s fun for all ages, the story unfolds with authentic detail as Avengers Campus is comprised of several heroic locations, each hosted by a different Avenger or their ally to share their unique powers and knowledge with new recruits.

Be sure to check out my tips on What To Enjoy at Star Wars: Galaxy’s Edge too! Follow Disney Hungry on Instagram for the Best eats and tips for your next visit. 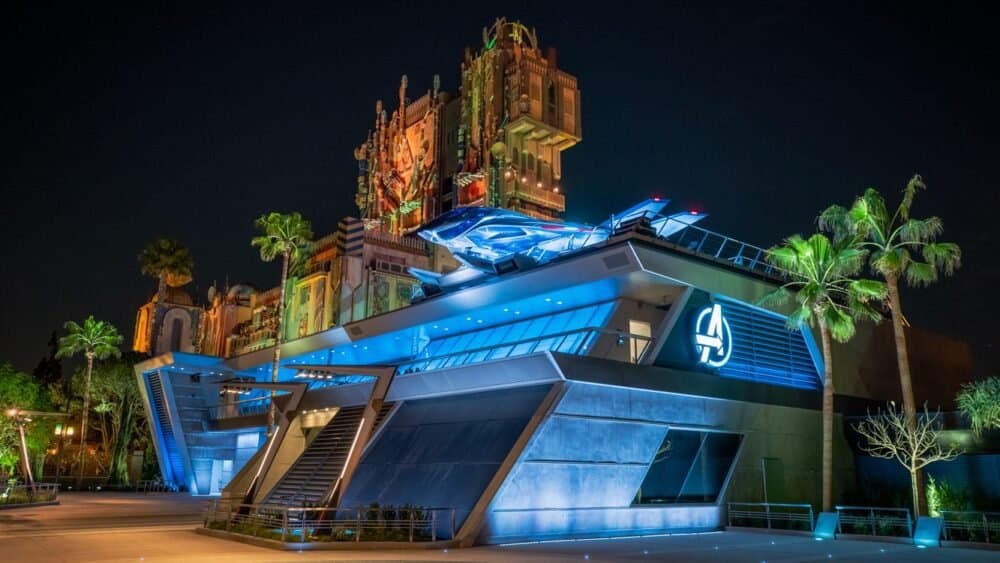 What Is Avenger’s Campus?

Avenger’s Campus is the new land that is all about your favorite Marvel Superheroes! The 6 acre land is full of attractions, food and entertainment. Fun fact, CAMPUS stands for Centralized Assembly Mobilized to Prepare, Unite, and Safeguard. Note, if Avenger’s Campus reaches capacity, there will be a virtual queue that will be located at the entrance.

What Attractions Are In Avenger’s Campus?

There are two attractions, WEB SLINGERS: A Spider-Man Adventure. It’s the first Disney ride-through attraction to feature this iconic Super Hero. In true Disney fashion, this new attraction has “Easter Eggs” hidden as gifts for fans. One is a secret map of Avengers Campus, which can be found on the ramp before boarding the WEB Slinger vehicles. Elsewhere around the Worldwide Engineering Brigade, guests may see Spider-Man as he takes to the skies high above Avengers Campus with gravity-defying, acrobatic feats never seen before in a Disney park. Following those stunning moves, Spider-Man will swing down off the building to ground level to meet up and say hello to “new recruits.”

and Guardians of the Galaxy- Mission: BREAKOUT that opened in 2017.

How To Use The Virtual Queue For WEB SLINGERS: A Spider-Man Adventure

In order to experience WEB SLINGERS: A Spider-Man Adventure, guests are required to join the virtual queue, which is accessible via the Disneyland mobile app. There is no standby line for this attraction. The virtual queue enrollment times will be twice daily, at 7 a.m. and 12 p.m. To learn more about the system, please visit Disneyland.com for more information.

Guests must have a Disney California Adventure Theme Park ticket and reservation before joining the queue. For the 7am slot, you can try at home or hotel. If you are Park Hopping and want to also try for Rise of the Resistance Boarding Group at Disneyland Park, you can not have the same time slot as WEB SLINGERS, so plan accordingly. Do one ride at 7am and the other Park ride at 12pm. 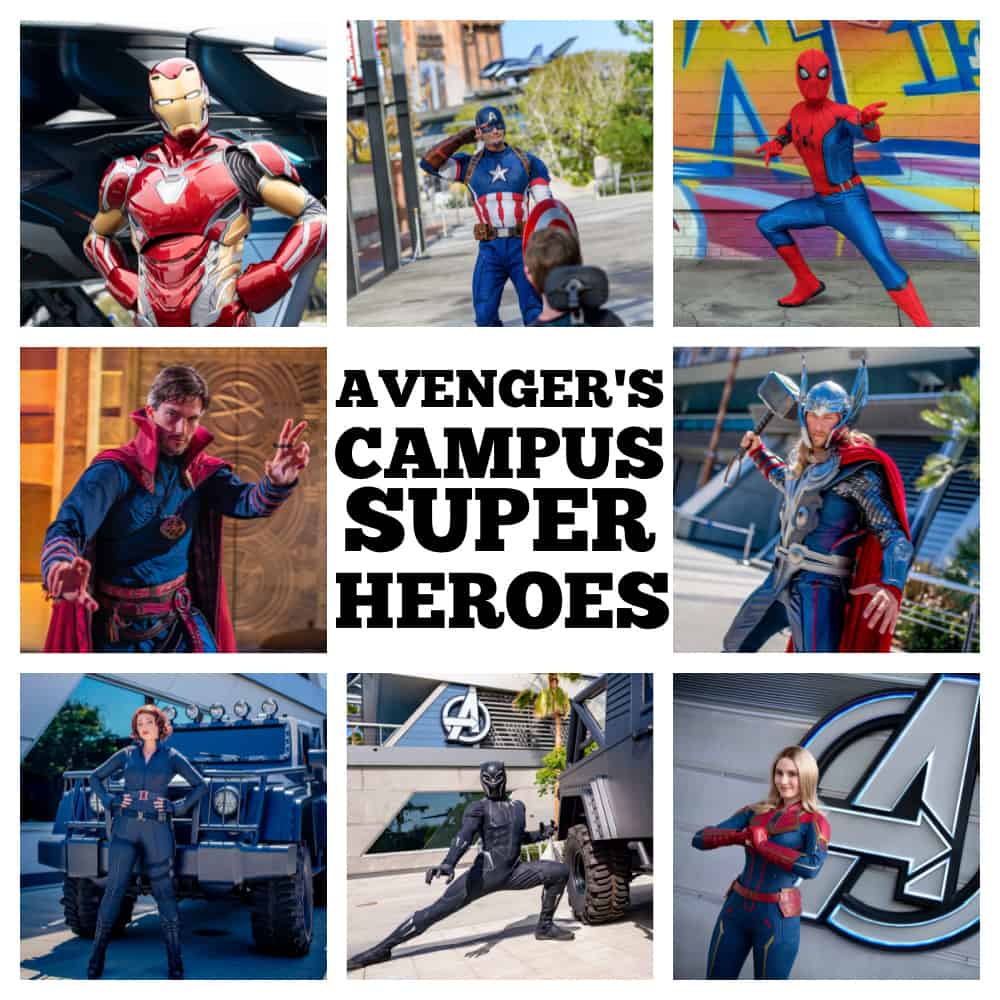 What Heroes Can I Expect To See? 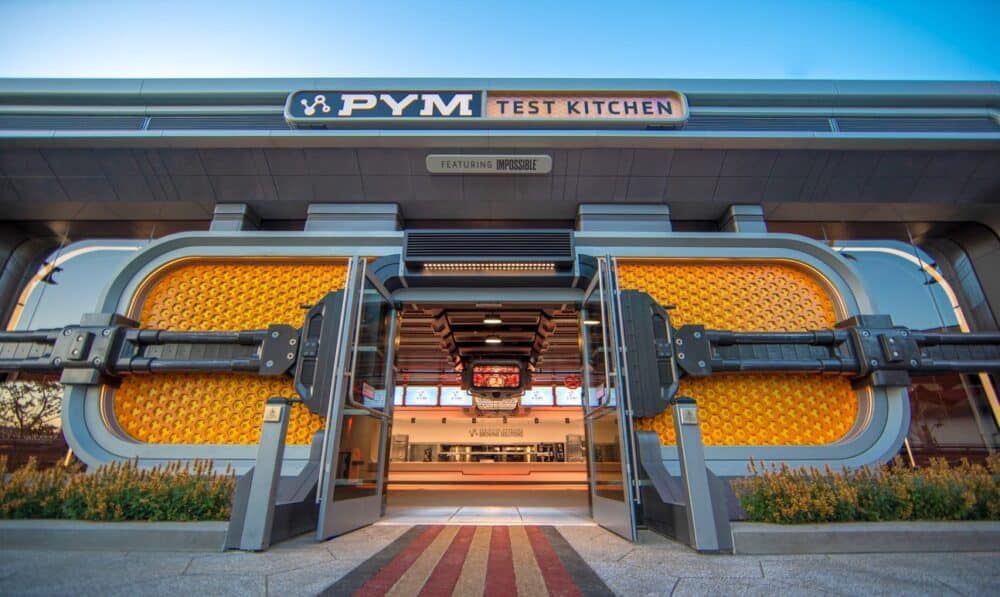 The Food Available at Avenger’s Campus!

Food scientists use Ant-Man and The Wasp’s growing and shrinking technology to create super-sized and super-small foods at Pym-Test Kitchen featuring Impossible™. Intriguing food and beverage items include the Quantum Pretzel, Proton PB&J Punch, the Not So Little Chicken Sandwich and the Choco Smash CANDY Bar. 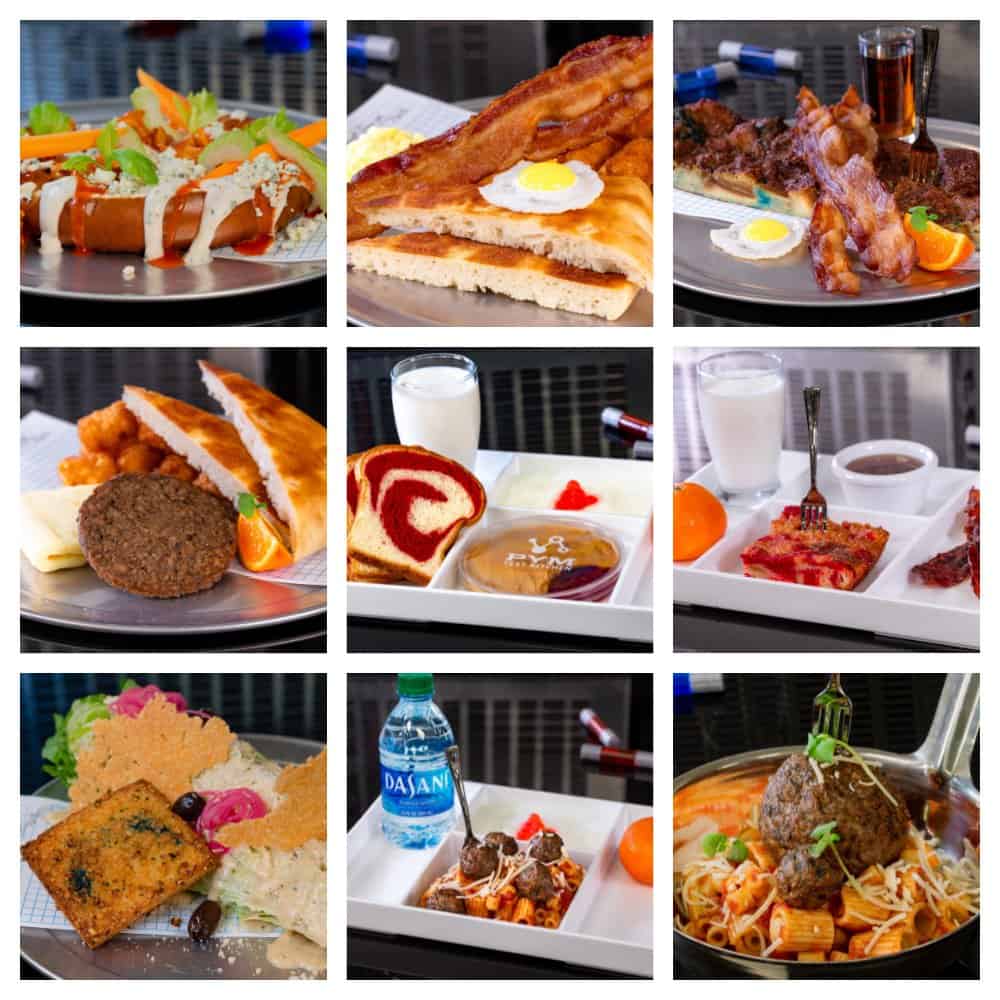 Next door at the Pym Tasting Lab, look for the enlarged beer can with a unique brand: Silver Age. The Pym Tasting Lab menu includes particle-infused cocktail experiments like the Molecular Meltdown. 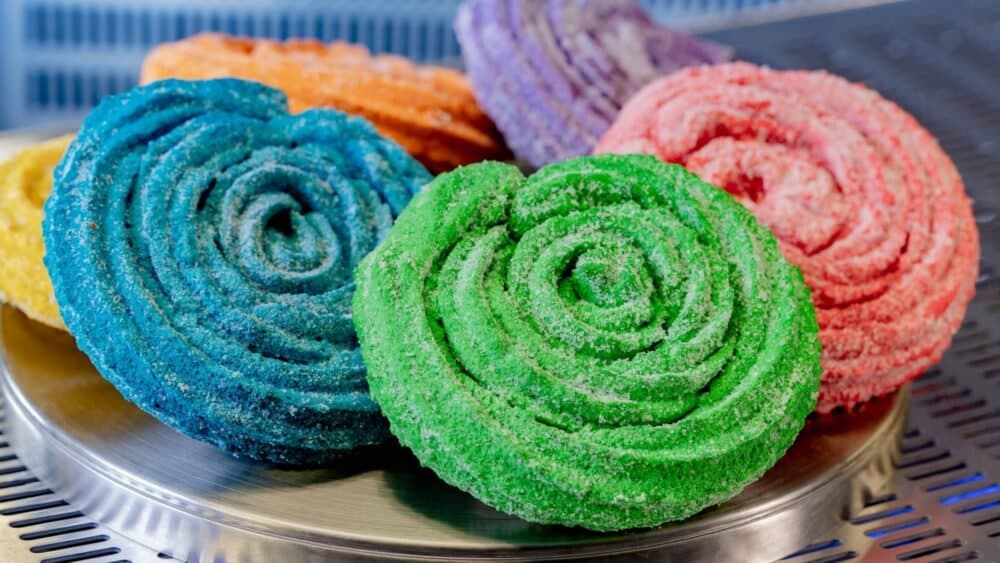 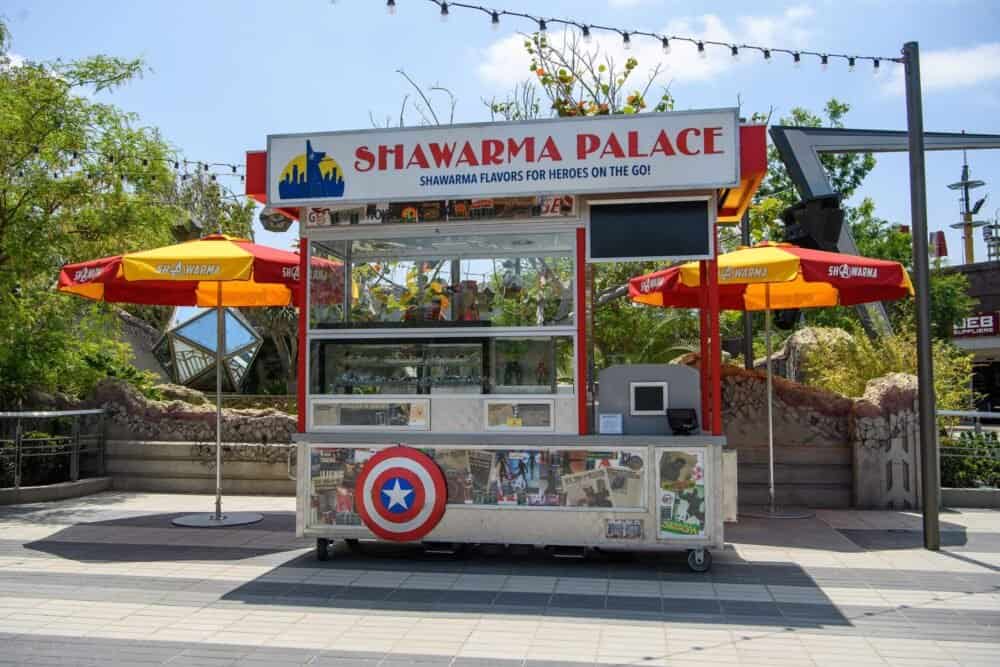 What Kind Of Merchandise Is Available at Avenger’s Campus? 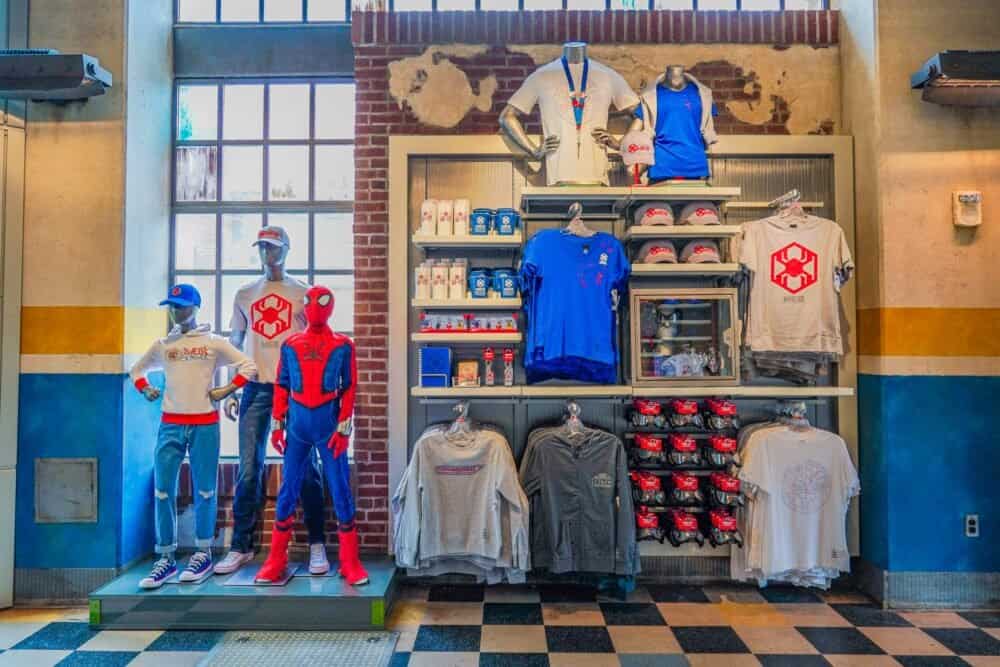 There is Avenger’s Campus Merchandise available for the whole family at Disney California Adventure Park. 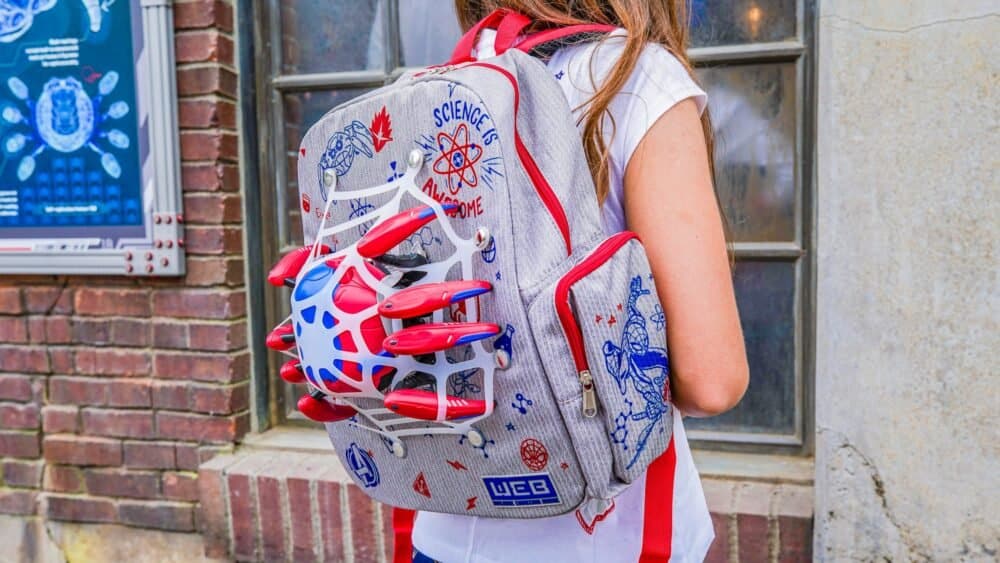 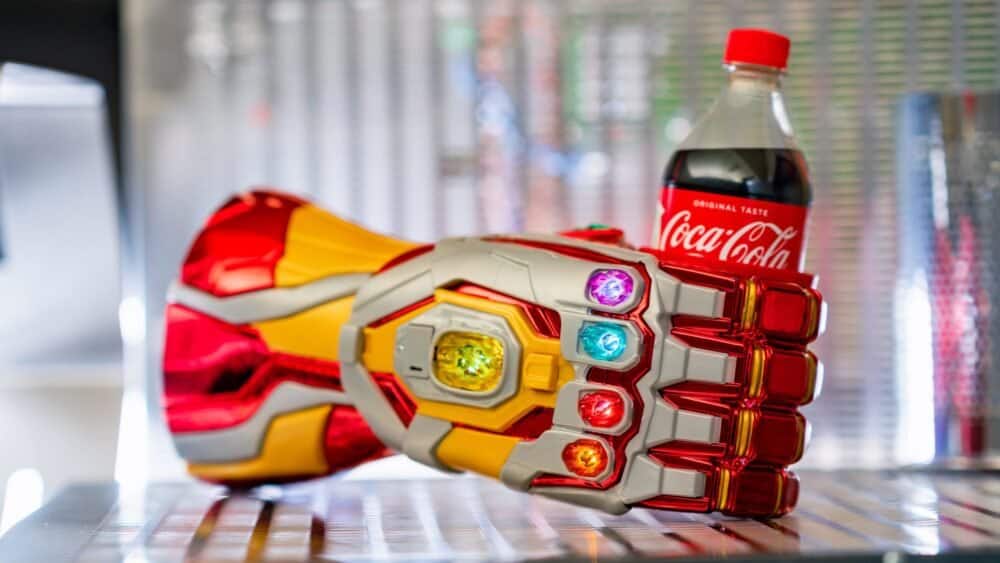 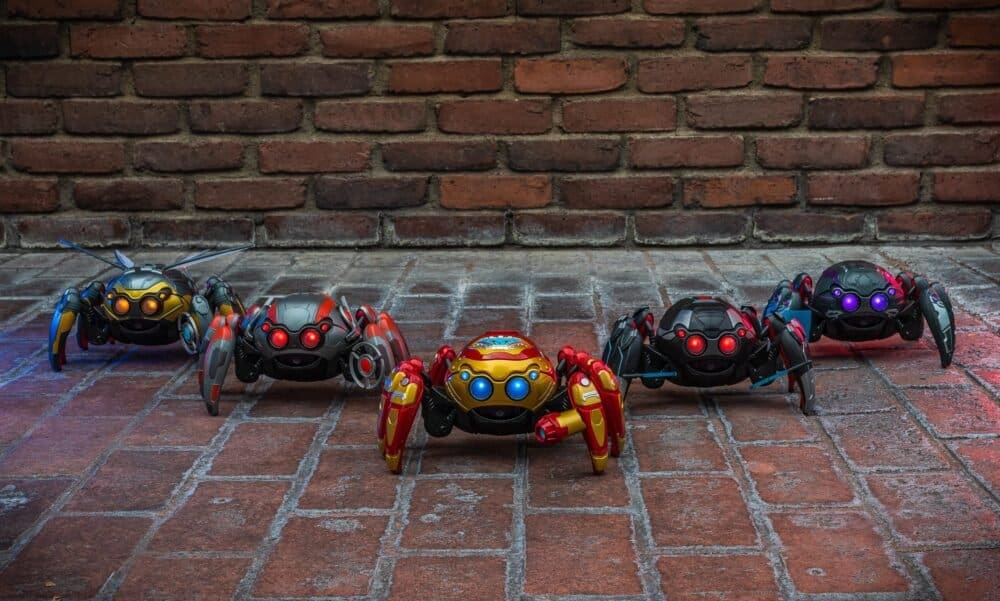 Guests visiting Avengers Campus at Disney California Adventure Park, will find the latest Super Hero gadgets at the WEB Suppliers store. Pictured here, interactive Spider-Bots, much like the ones seen throughout Avengers Campus, are powered by a remote control with eight articulated legs that move forward and backward. Guests may customize their Spider-Bot with tactical upgrades to harness the powers and style of some of their favorite Super Heroes. 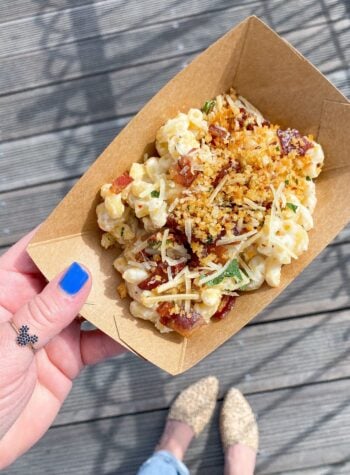 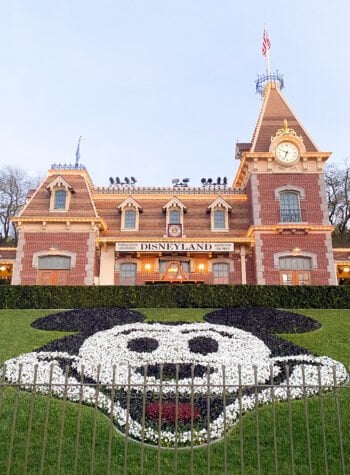 How To Make The Most Out Of Your Disneyland Vacation! 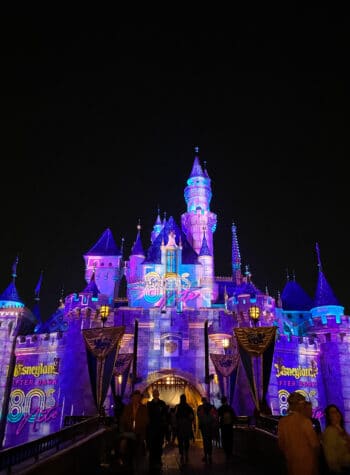 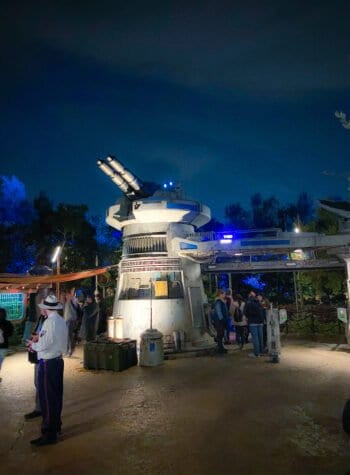 Star Wars: Rise Of The Resistance Ride – Know Before You Go!